Behind the Curtains (part 2)

In preparing to write my novel, Defiant, I had an image in my mind of how I wanted my main male character, Gabriel, to be. However, I wanted to make sure it was an accurate portrayal of how a soldier would move and think. I watched so many military and action movies to get a sense of a variety of soldiers, I lost count. I tried to focus on movies where the actors worked directly with the actual soldiers they were portraying, hoping to get a better sense of what a soldier do 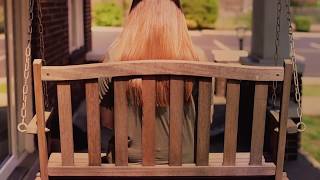 Behind the Curtains (part 1)

I had a conversation the other day with a very good friend of mine about how I listened to a certain radio station when I wrote Defiant. She told me how she loved hearing about the different pieces of what goes on while I write the novels she's read. So, I decided to do a short blog series about what goes on behind the curtains during the writing process, for those of you who are curious. Though I do love to write at my favorite coffee shop, it's not a very practical soluti

When there are no words...

I just read an amazing quote, and for a writer, it hit me hard because words are a HUGE piece of my life. I wish the person who said it was cited. In any case, here it is: For some moments in life, there are no words... Isn't there so much truth in that? I think as a writer, I tend to want to capture those moments and give them to my readers. But would something be better left to the imagination than an elaborate description that didn't do a moment justice? One of those m

Behind the Curtains (part 4)

A flower that blooms in adversity...

Many Things to Come...